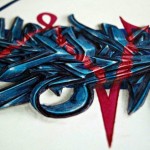 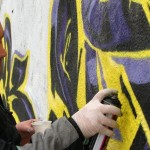 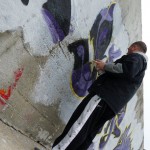 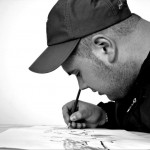 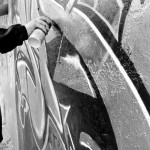 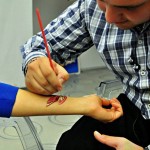 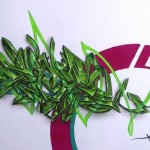 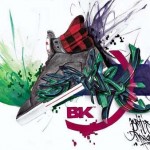 How it all began.
This 22 year old graffiti artist is drawing as long as he remembers. Every youngster till the age of 7 is an artist. The real artists show up after this age.

At the age of 9, Shyne1 began drawing characters. Some graffiti artists are good in characters, other suck in it, but are good in writing. Words and characters are the basics for graffiti. When you master these skills, great things will happen.

After a few years a good friend of mine showed me some tattoo magazines and I was amazed by the works.

“Tattoo art is so detailed. It helped me a lot with my graffiti these days.”

The first time I came in contact with professional graffiti I was 13 years old. I bought a Bulgarian hip-hop magazine and read an article about SEEN, also known as the godfather of graffiti.

The thing what impressed me most was the story about how he bombed the Hollywood sign. Оn the next page there were pictures from some of the finest Bulgarian writers. Later I found this website kingsofnewyork.net and there were probably the dopest stuff I’ve ever seen. This was the moment I started writing graffiti.

How did you end up as SHYNE1?
The first thing I wrote was “Hris”, the first letters of my real name. After a while I heard a song called "That’s Gangsta" by Shyne and just for fun I made some "Shyne" sketches. I liked the result. Then I checked if there were any writers who were using this name. The answer was No and Shyne1 is born.

Great things about graffiti.
One of the greatest things about art is, you get so much satisfaction when you made a great artwork. I like the fame fame and the oppurtunity to be creative on any kind of matter. I like the colors ,the right combination can make my day ,if you know what I mean. And probably when you’re an artist then you get this things way personal and they become part of your world.

Favorite artists.
A few writers who influenced me a lot through the years are DAIM, PEETA, SEEN, SABER, CAN2, ATOM , ASKEW, BERST, DOES, SOFLES and RATE from NLS CREW from Bulgaria. Some writers in particular are RED and TEFU from C3P CREW and REVOK is definitely one of them. In the beginning I used to do only letters,2D style. After a while a friend showed me some DAIM pieces. As soon as I saw these I had to try this 3D Style. After trying I found that 3d letters and structure is a bigger challenge and I like the way how you bring life to the letters and they pop-out from the page.

Time in the scene and create own style.
About 8 or 9 years I guess. But people started to notice me when I was doing graffiti for 5 years. You start developing your own style and ideas when you draw different stuff. It took me 10 years, but it helped me to developed me as an artist and character. Let others decide whether you are good or not.

I have two styles. I tried to be original with my 2d letters and keep them Shyne style. My 3D is another case ,you know. Most of the people described it as 3d-Wildstyle. I’ll complement 3d-widstyle-african voodoo scientific-tibetan black magic style haha. When i make 3D I do my best to take the letters and the move of the letter into other dimension and make them Shyning!

What is your best work?
I don’t have best work yet. Every time I make something new, I try to do a better job than the one before. One of my favorites is the one I made for BK. There are 1-2 other artworks which I think are good, but my best work still has to be made.

Practise makes perfect.
My dream is to make a living with my drawings and designs. I remember when I grow up as a teenager about 14-15 years old. I woke up about 3 in the morning, because I could not sleep. The reason was an idea for a tattoo or graffiti. This may sound really weird for most people, but that’s me. that’s what I do.

Is it a talent or can it be learnt?
Of course it’s talent! You can’t learn it. Somebody tried to tell me that everybody can learn how to draw ,but the truth is you can learn how to redrawn some picture or how to copy ,but only a true artist can do his thing, to kill with his style and blow your brains out with his stuff! PERIOD. God gift or nothing that’s all. Of course there’re some punks who steal from you and claimed to be that they invented your letters ,your color combination your trademarks and stuff..There’s no problem to be influenced by somebody ,but if you want to be good you have to do your own shit and be creative – original.

Inspiration for your artwork.
I’m inspired from nice color combination, from other nice walls, from things that you can’t imagine you can be inspired for graffiti. Like for an example I was inspired by a plant for one of my 3d works. I like to watch buildings in progress ,sculptures ,woman’s body and other amazing things.

Have you ever been arrested for spraying graffiti?
I’m not into illegal graffiti. I respect the writers who bomb the streets ,the trains and other things. Much love and respect for them! But it’s not my thing. Never say never ,but I have never been arrested. Do you think spraying graffiti is underestimated as a form of art? No I don’t think graffiti is an underestimated art form. Maybe in the 80’s in New York, but nowadays a lot of the graffiti writers are highly respected in the art areas. I think some vandal actions make people believe that graffiti is vandalism. We live in 21st century and we see different kinds of "art" and in most of the cases we don’t talk about art. We talk about some punks and idiots who want their 15 minutes of fame. In my country for example the graff scene is early stages. Most of the old folks don’t understand us. In the other hand there are some young and old people who really like graffiti and see it as a true art form. They appreciate the colored walls and they’re happy that we bring the rainbow in their grey life. Because it’s always nice to walk on the streets and see colors everywhere around you instead of the grey and black old, ugly walls and buildings. I think people should open their eyes and see the other side of the art…and yes graffiti is an art form!

Tips for beginners
Only one advice for you young fellas. Sketch! Sketch all day ,every day. No matter what. If you have enough money to buy spray cans, that doesn’t mean you’re ready to do the real stuff. I’m not ready either, but I practice and I think one day I’ll be good as the idols who inspired me.

Last words
I’d liked to give big shout out to my family and friends who were very patient and supportive, big up for my people SCAPE ,SICK ,ROCK ,SHIONE ,JIVKO and sorry if I missed somebody. That’s all. Peace ,prosperity and little paper!

We thank SHYNE1 for his time and inspirational words.
Now everybody, Get drawing!