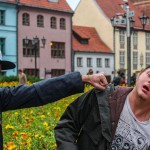 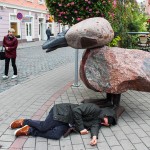 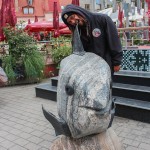 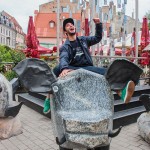 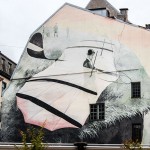 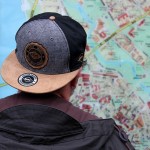 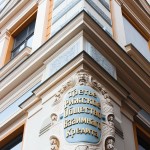 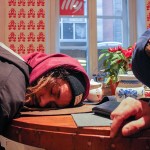 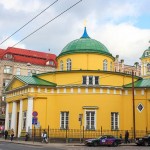 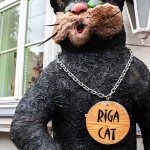 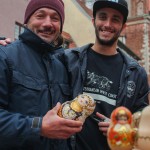 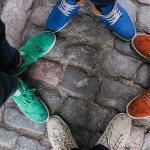 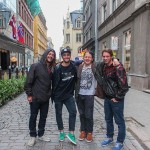 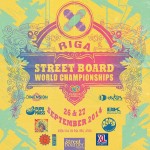 Once again it was time to battle for the Streetboard World crown. This year the Hungarian legend Norbert Izso was willing to organize the World Championship in the nice little city Riga in Latvia. Most of the riders arrived on Wednesday where they stayed in a small but fine hostel in the middle of the old part of Riga. Unfortunately it is to mention that only a few Streetboarders followed Norbert’s call to come to Riga and participate on the Competition. However, this meant only the Best of the Best like Sergi Nicolas, Max Anderson, Gabi Munoz, Simon Johns and a few more showed up.

After a good Latvia breakfast on Thursday and a short walk through the city, the guys went to the Monster Skatepark for a warm up ride, obviously with the standard transport of the weekend, the Taxi….so cheap unbelievable. The Level was already so high, especially on the rails and curbs that everybody expected big stuff on this weekend.

Not only the country was totally new for the Riders, also the Contest rules were totally different. The Riders decided Thursday night in the Riders-meeting that the competition will be held in the street league modus. That means two runs plus four tries of a single trick on the control section and four tries of a single trick on the big section. The best run and the best two tricks in each section counts. That meant no going out for the guys on Thursday ….some homework in the internet was necessary to get familiar with the Contest rules. It was all about strategies!!!

The qualifications on Friday were already a foretaste of the level in the finals. Thomas Kienle was flying through the park, Toni Alvarez and Simon Johns killed the park with unbelievable tech tricks, and Sergi, Max and Gabi just made what the use to do …..Destroying!!!! After a long exciting day everybody felt into their beds, ready to go crazy on the finals.

Finals day, everybody of the competitors could feel the pressure. After a short breakfast the guys went to the park. Now it was time for the riders to fight against their own nervousness and concentrate on their own runs and strategy. The level of the runs were enormous high, and tricks like Rodeos, Backflips, noseslide pretzel out, hurricanes ect. got pulled down. Everybody scored good points and a favorite was not visible after the runs. The control section shuffled the cards new and Gotthard Pilsner got the leadership with a nine club 360 crooks on the short rail. But the big section was all for Gabi, Max and Sergi they simply killed the flybox and the big rail. Sergi did a big big gap to rail and a nice backside 720. Gabi Munoz got the leader with an outstanding fronstide frontside 450 Lipslide on the big rail, and a backside backside 270 Lipslide on the same rail. Max Anderson counterattacked with a crazy 360 back smith on the big rail and a huge Misty 720. On his last attempted to kick Gabi from the throne, Max felt unlucky on his last attempt and hit his head on a wall. Hospital time!!!! Get well soon buddy.

With the last trick of the street event Sergi Nicolas saved in the last second the third place with a beautiful 270 Noseblunt on the big rail and kicked Gotthard out from the podium. Gabi Munoz stayed at the leader position and won the World Streetboard Championships. Second got Max Anderson and third Sergi Nicolas. Gotthard Pilsner saved the best trick trophy with a fullcab sw. backside 5-0 360 out on the high ledge, right before Simon Johns with a 270 frontboard 540 out and Ingo Föhres sw. 720.

Now it was time to party. After a good meal with all the riders Max and Simon had to say bye because of their flights. The other riders went to a club and celebrate the new Campion’s. Gabi also saved the crown for the most drunken guy…….don’t mess with the Elephant homie.

Most of the riders had to say bye in the early morning to get their planes, only the British Knights team stayed a little bit longer and used the afternoon for some presents, pictures and sightseeing before they left Latvia too. All in all it was an awesome weekend with the Streetboard family and everybody who was not there, missed some legendary moments, so don’t miss Worlds next year. Big thanks goes to Norbert and the Sponsors British Knights, Dimension Boards, Gazpacho Boards and all others who made the Event possible. Last but not least a huge huge thank you goes to Ilya Doroshin, a Russian rider who made the street league format possible. His outstanding incredible Computer skills brought Streetboarding into the future of competitions.

See you all next year to the next Worlds…. Gotthard Pilsner