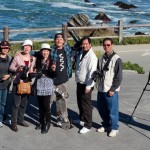 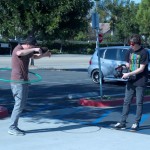 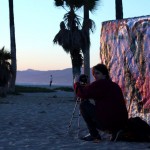 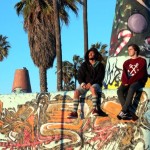 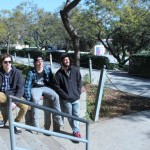 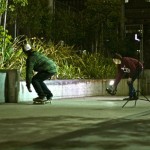 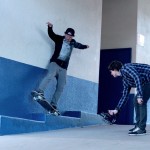 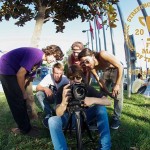 FILMMAKER OF THE YEAR

How did you start Streetboarding?

I used to Skateboard and one day I went to ‘SPOKO’ with my brother rollerblader Kenneth, I always used to skate with him. SPOKO was an extreme sports festival held every year in Barcelona. There I saw a streetboarder skating the park, doing everything, big airs everywhere, rodeos, backflips, spins, grinding rails… I really freaked out. Some years later I discovered that this guy was Sergi Nicolas. Some months later my brothers and parents gave my first board for my birthday, a Snakeboard U.S.A ‘Stiffy’. I skated two years combining Skateboard and Streetboard but when I bought the Dimension AS1 I quit Skateboard and I focused on Streetboard, I liked it more.

So what’s your last work as a cameraman & editor?

Some projects. Lately I’m working with a Dj’s company, filming some parties, doing some promos and things like that. Also I did a little commercial for a new african drink. Always is good to do and learn new things. Some edits for ENNUI too, and of course my latest big project was the BK tour Istanbul.

As a producer, filmer and editor, what’s your favourite Streetboard movie ever made?

HPT “Geeks on Wheels”. I love”Left for dead“, is heavy! And “Shadow Monkeys” of course is one of my favorites too, was the first VHS Streetboard that I had. But “Geeks on Wheels” for me is the best. The filming, the edit, the music, the whole idea… And some of the best tech stuff I’ve ever seen and gnarly next level tricks. So sad that HPT went down, the next movie would be even better.

Are you planning to make a new movie?

After Drop This I was not sure about it… But later I get motivated skating and filming again and I started to think that we must do another movie like Drop This, but online. But now after the disappearance of Drop Inn and all my wrist shit I don’t know anything… But for sure we’ll continue filming and releasing edits, videoparts, etc.