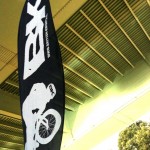 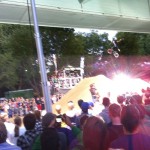 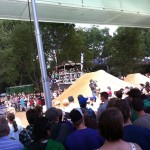 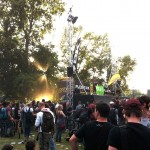 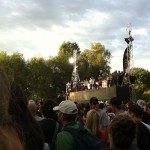 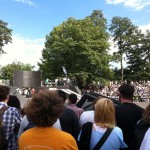 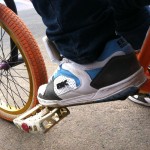 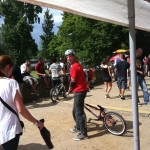 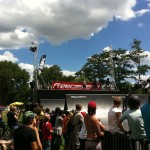 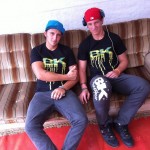 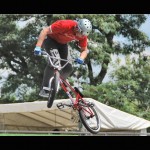 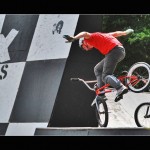 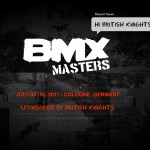 What a crazy weekend! 14.000 fans visited Colognes Jugendpark to see the BMX Masters 2011. Once again some of the best riders on the planet killed it! More than 300 riders from 38 nations made their way to Colognes Jugendpark. Amateurs and Pro rider competed in the disciplines; Dirt, Park, Flat, and Spine- Ramp. The female riders competed also in two classes – Park and Flatland.

A weekend full of highlights was introduced by the Rail Jam on Friday night. Hamburgs Pierre Hinze suprised big names like Brad Simms and Brian Kachinsky, with a handful of perfectly pulled rail tricks and won the grand sum of 500 Euros.

The Pro Flatland Final was dominated by Matthias Dandois (FRA), he placed first and left Moto Sasaki (JP) Domink Nekolny and (CZ) behind with second and third.

In the Pro Spine-Ramp Final the crowd witnessed some really heavy runs – Daniel Dhers (VEN) pulled a clean 720 bar-spin over the spine, Brett Banasiewicz (USA) took second with 540 Whip and Pat Casey (UAS) ended up on the third place.

Underneath the bridge we witnessed the big highlight for Saturday night. The crowd went wild and even chances where heard during the Dirt Final. James Foster is just unbelievable. A triple whip followed by a double backflip, which secured his first place in the final. Brett Banasiewicz opened a new chapter in BMX and was close to pulling a double frontflip.

The most successful rider at the BMX Masters 2011 was Daniel Dhers. The 26 year old rider from Venezuela won the Spine-Ramp and also the Park-Contest. Michael Beran (CZ) rode also amazing and placed second followed by Rob Armour (USA).

You can check all results on www.bmxmasters.com

The BMX Masters are known for their parties. The Grand Opening Party on Friday night and the Official BMX Masters Party on Saturday where just crazy! Riders and fans partied the night away and everyone had a great time.

Last but not least we would like to give a big shout out to all the riders and fans who made this weekend unforgettable! See you next year!