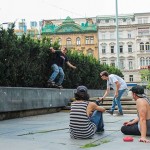 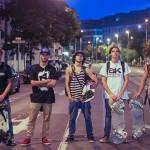 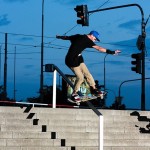 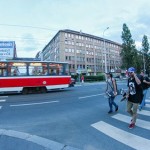 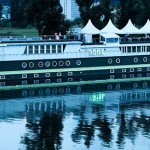 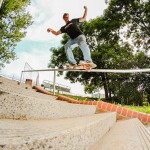 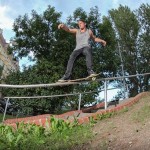 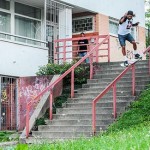 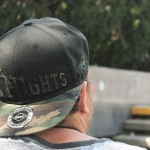 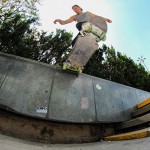 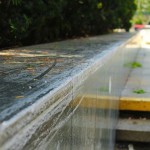 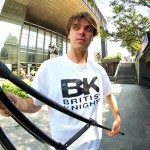 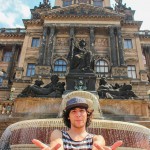 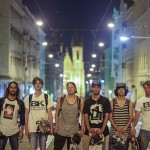 TABLAROTTA & LAMENTABLE! The day started really slow, we went to some down town spots to warm up. Cristian went to film some lifestyle shots, some were lying on the floor having a small nap before the session…

After skating that fist ledge we got kicked out, that was so weird. The security guy called the police and the police took not so long to appear.

Right after that spot, we went to an area where some skaters told us to go, we walked for ages. The area was the university. Always on those kind of places you can find spots. We didn’t last long on the first spot. 5 min skating and 2 min with the camera. That was enough for Toni to film a line. Mind while some were skating some were walking around looking for more spots. “Team work” that’s what I called.

The spot was 2 rails in a row, they seemed perfect but, was the most sketchy rails ever. High, worst floor and so on… No one wanted to skate. Sergi made a great line there. Again after that spot, we were looking around for more. The search ended with a dam sick triple set rail. Gotthard killed, David also.. god this 2 guys are like machines. When we were about to finish the session, who did show up? Our best friends… POLICE! They took our id and wrote down our names and they went… Such a cool police.We were down for the day… we wanted to hit one more spot. Took the tram, just to cruise…. and a huge massive high rail was there waiting for us. Toni did a great fs l ip.

Nobody wanted to keep searching or skating at all, we were all day out. We saw a Mexican restaurant on the way, we ended up there. The food was so so great. The best dinner we had on the trip for sure. Home time, 01.32am. and now is 09.01am what happened ? Long long night in the old town in Prague and ended partying on a boat in the river. LAMENTABLE!